How happy do you want your music to sound? It's an odd question, addressed in an odd way by toytronica artist Twink. Do you prefer your music to be a little bit cheerful, with an undercurrent of bittersweet nostalgia? Or do you prefer your music to be as bright and sugar-filled as dots on paper? Mike Langlie typically prefers the latter, although his last LP, Dust Bunny, featured a decaying animal on the cover and was more melancholy than prior outings. On Wide Eyed Wild Ride he returns to what he does best, offering upbeat confections on vinyl records drenched in candy colors and toxic slime (artist's note: "not actually toxic"). On the slower tracks (none of which are really that slow), he meets Lullatone in the middle, as their faster tracks possess a similar Fisher Price charm. 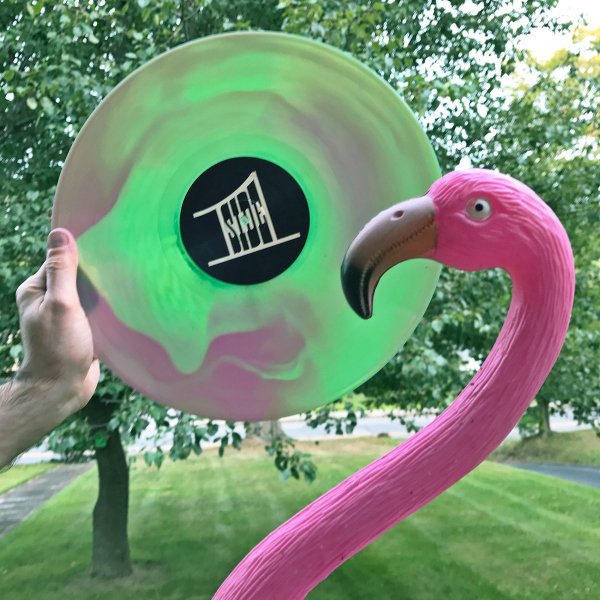 An ice cream truck passes while I listen. I pause the music to hear the same song I've always heard ("Mr. Softee Theme Song"). And I wonder, couldn't there be more songs? Are all the drivers crazy by now? If an ice cream fleet ever wants to experiment with a variety of child-friendly, instrumental music, Twink should be the first person they call for licensing. The toy pianos are present of course, but also the bells, the beats, the plastic popper sounds. Even the track titles imply a happy childhood: "Wonder Wheel", "Goldfish Prize". Sixteen pieces fly by in thirty-eight minutes, none overstaying their welcome. There's a lot of variety despite the frequent use of instruments clustered by timbre: thank a fascination with different vibes, from video games to funk. 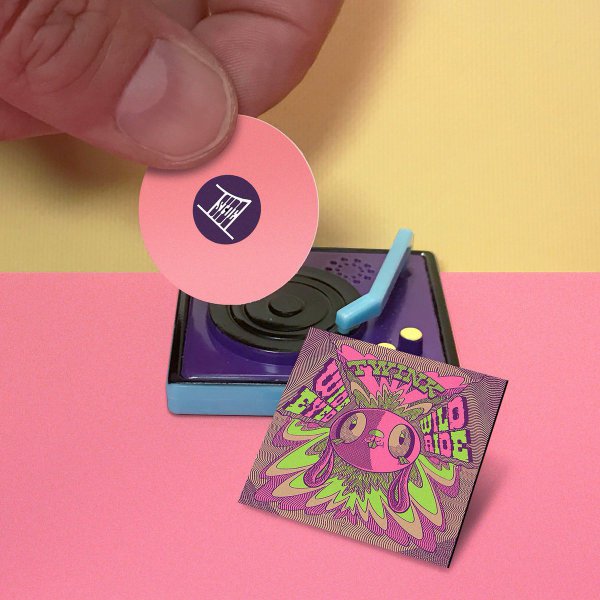 While many artists are inspired by childhood, Twink is the only one we know who inhabits the world that he soundtracks. A couple albums back, he made some "happy houses" and dressed as one in the video. This time out, there's a mini-LP that looks like it was shot with Ant-Man's gun (not available to the general public). It's ironic that it takes an adult to capture a childlike vibe. Like much of Twink's discography, Wide Eyed Wild Ride may be too happy for the general public, but not for children or for those with childlike hearts. It tastes best eaten with restraint, one or two cookies at a time. By the time "Goodnight" comes around, the listener is able to go off to sleep, reminiscing about all the fun they've had. Finally the artist slows down, surrendering to dreams about creative new toys and playgrounds stocked with musical slides.